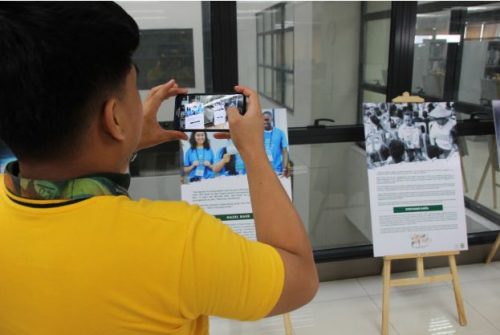 Stories of hope from the Tamaraw community brought inspiration to iTamaraws during the week-long Istorya ng Pag-asa exhibit held at the FEU Tech Library. 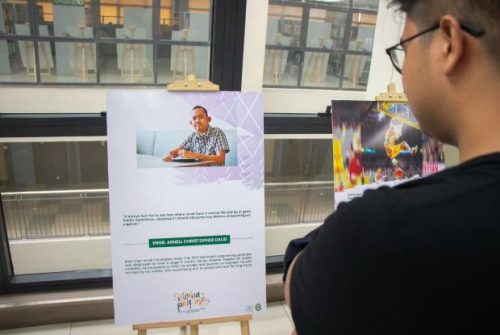 One of the 20 stories featured is that of Electronics Engineering alumnus Engr. Arnell Christopher Dalid who, despite being diagnosed with stage 5 chronic kidney disease, persevered to finish his studies.

"I almost gave up. I feared that all the sacrifices and efforts I have done might just fail in the end," Dalid said. "Life can be challenging but nothing beats faith and prayers. If He sees you are doing all the efforts in achieving your goals, He will give it to you in the right time."

In a post on her official Facebook account, Vice President Robredo recounted the story of 1st Lt. John Frederick "Jeff" Savellano who was one of the slain soldiers during the Marawi siege.

"[His] fellow soldiers recount[ed] how Jeff went back for his comrades who were still in the line of fire, sacrificing his life and saving theirs," Robredo said. "Jeff’s heroism, and the stories of our other INP champs in FEU, remind us of that innately Filipino way of putting others before self. May their stories echo in their beloved school’s community, and inspire many others to also give of themselves, of their talents, in love of their fellow Filipinos."

A project under the office of Vice President President Leni Robredo, Istorya ng Pag-asa is a traveling photo exhibit featuring different stories of hope from the Filipino people. According to Robredo, "Through words and portraits, this project aims to inspire, empower, and be a source of hope for all."